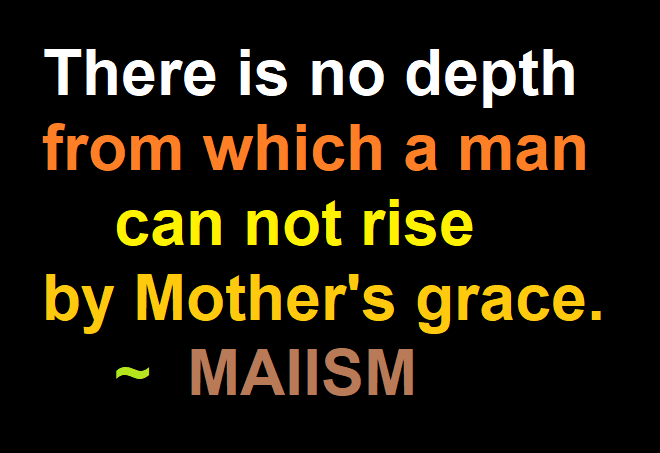 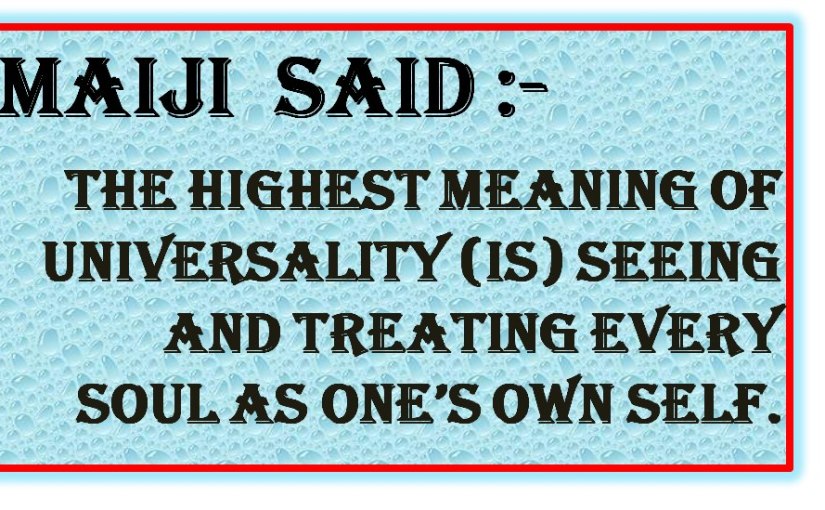 The most dangerous notion of every one being God is a senseless jargon for which Vedanta teaching is responsible.

At Madras (Chennai ) in 1949 , an extremely strong Vedantist argued with me for three days ; he was so learned , he came with books and quotations. On the fourth day, I told him admitting defeat ,” Tomorrow you come here with an agreement that you have transfer all your property to me. I am not different from you. There are no two souls and this is only a question of transferring matter.” He laughed outright. He said,” That is quite apart. That is not relevant,” that has nothing to do with philosophy.” He stood and never turned up again.

Although the supremacy of ” I am God ” is not denied, the world will be happier by being taught ,’ Thou art God ‘. That expression ‘ I am God ‘ is true in a particular sense only and at a particular finished perfect stage . If you are a true Adwaitist, with whom are you fighting , calling him a Dwaitist ? Adwaitism is an ideal though highest and not a fact to be exploited in your worldly dealings . According to Mai-ism , Adwaitism is a stage of consciousness which is superior to Dwaitism, but is no independent path by itself. It is a description of a certain consciousness and not a self-contained prescription to reach that stage. Adwaitism is continuation of Dwaitism. By experience one comes to a stage when the universe vanishes from the consciousness, when nothing remains except ‘ I am God ‘ ; later I vanishes , and even God conception vanishes . What remains is an indescribable Divine ecstasy and a perpetual blissful state.

Mai-ism says , ” Nothing is unreal – Creation and Creator, happiness and misery , heaven and hell, deities and human beings , obedience or dis-obedience to the Divine law. So long as the soul has any relation with bodies and so long as one is affected even to the slightest extent , physically, mentally or spiritually , these differences do exist and are not unreal. Practically every one is a Dwaitist, so long as he has a body, mind, heart and soul.

Why not come to fundamentals? What is the object you want to achieve by saying , ” Everyone is God ” ? Why not come straight to the requirement? “You make no distinction between man and man, that will cause misery to any one and add misery in the world.” “Love any other being and serve as your own self . Consider him to be like your own self. Try your best to forget every harmful difference between you and any other man. “All these teachings are sensible enough.

Mai-ism says the simplest thing,” You be good, loving and serving others because Mother Herself is pleased thereby and She will make you happy. For your own happiness, protection and escape from misery, you love and serve others.”

First thing is the idea of Motherhood itself. It is the daily experience of everyone that a mother is pleased on serving her children. But the greater strength proceeds from the fact that love and service and universality, are the very first words of Mai-istic commandment, with highest importance given there to. That and Universality make the whole difference.

Why jump into a decision , ‘ World is unreal ‘ because there are a few men to whom it is unreal ? Why not consider the fact that even in the case of these blessed ones there was a period when they saw the universe as real. The universe or even individual soul is an unreal reality and a real unreality.

Mai-ism repeats,” No mistaking of an ideal for a fact. ” to the extent the difference remain to an Adwaitist, let him remove the incongruency by saying , ” My idea has not reached the point of realization.”

Don’t be a curiosity seeker in the matter of mysteries beyond your limitations. Be ready to be taught, with the firmness of humility and duty, to walk in the Divine Path . Mother Herself will reveal to you as you advance , as much of the secret as is necessary for your further progress. Whom She selects that person alone can know and understand the secret, and that too only a fragment.

EXTRACT FROM THE BOOK : MAI-ISM 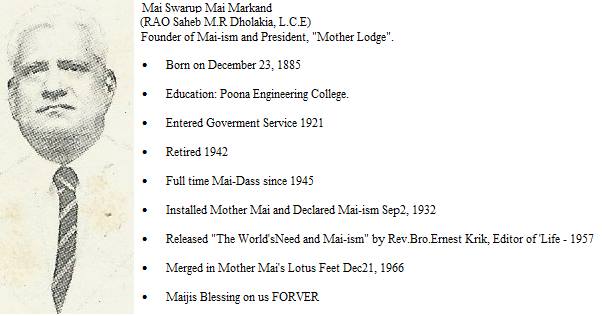