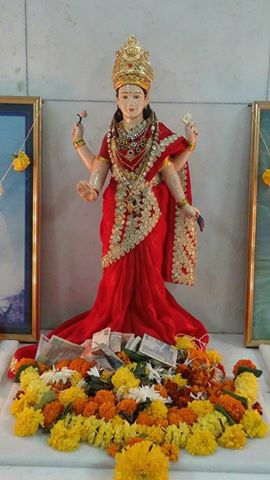 There are different stages of sound and speeches.

Though there are four kinds of speech, superficial-minded men do not know  the existence and do not understand the working of the first three.

The fact is Vaikhari is not only the speech, and the lesser evolved forms are often more intense and more pregnant with energy. This explains how the heart speaks and the eyes speak more than intensely than tongue.

Intense prater is often speechless and intense love is similarly speechless. Speechless repetition of Mother’s Sacred name is, for the same reason, more effective than speechful.

372) Bhakta-maana-sahansikaa भक्तमानसहंसिका – She that beholds or regards Her devotees as playmates with Herself as a She-swan. There is a similar word, viz., Muni-maanasa-hansikaa.ललिता सहस्रनाम स्तोत्र, नाम क्रमांक 372
The subtle difference of the Bhakta भक्त and Muni मुनी or Yogi योगी ( as I make it ) may please be noted.The Muni of Yogi begins by withdrawing all senses from their usual objects of pleasure and silences them to help his mind to concentrate on Mother. Mother is perceived and Bliss is experienced. In the case of the devotee he does not deprive the senses of their pleasures but so trains them as to be feeling pleasure in the objects of innocent pleasures connected with Mother alone. The Muni succeeds by controlling the senses and engaging the mind. The devotee succeeds by substituting and sublimating the tastes.

The Muni closes doors against the universe  and enjoys the secret company of Mother. The devotee keeps the doors wide open but trains the senses to a higher happiness. Jnanin knows Her, the Yogi sees Her, the devotee touches Her and Karma Nishtha open an account with Her.

To the Muni, his mind is like the purest and most quite and crystallised water lake and in the midst of that lake the Muni sees the Mother as the most cheerful She-Swan. In the case of the Muni the purity and control is of the highest type. He is however on the bank and as a distant onlooker and enjoyer.
In the case of the devotee, it is all like the preparation of a country school boy. Nothing is achieved systematically and by a settled process or procedure. His strong points are love and sacrifice for Mother. Bhakta is with Her though as humblest, and fully knowing the  two planes of himself and Mother. He however is co-player.

Maana means protection. Mother extends the protection and attention and relation as a Sa-hamsikaa सहंसिका as the compassionate She-Swan. In a word Bhakta is a play-mate to Mother. The enjoyment is mutual and not one-sided. She feels for him. She teases him. She feels for him and harasses him. She bends him double. She sportively even prostrates to him. She deceives him.She makes an appearance as if She is deceived by him. She frightens him. She shows as if She is afraid of him and so on. In one word She sports with him.

The vital current of  the devotee during that absorbed condition. She is the protector of the devotee during the Laya condition just as even when the devotee falls unconscious on a main busy traffic road like Khar in Bombay (Mumbai). When the devotee sees face to face his unworthiness or inability to return the gratitude  for whatever Mother has done for him, he asks Mother,” Say Mother, should I live or die.Dost Thou tolerate my living ? ” ” This ungrateful living is unbearable to me. I wipe out my existence. “. He is then in a such condition that only Mother has been protecting him then. Mother raises and restore him. These are very dangerous moments and whether the devotee lives or dies is a question. So Mother is then the vital current.

The name suggests the meaning that the devotee in this condition is known only by the fact that the pulse is throbbing.

374) Kritajnaa कृतज्ञा – Witness and judge of actions. ललिता सहस्रनाम स्तोत्र, नाम क्रमांक 374
“Under Her supreme command the Sun,the  Moon, the God of death, Time and the five elements watch and witness every good and bad actions, thought and desire of all beings”.

Kritajnaa  कृतज्ञा  may also be taken to mean knower i.e., the Rewarder

Worshipped by Kaama, the deity of cupidity and sexual pleasure and happiness; or She that is worshipped in Kaama Rupa, i.e., the portion in the human body, near the place of happiness, i.e., Mulaadhaara Chakra. In the human body, Mother is supposed to have been mainly centred at four points figuratively named as under :

It need not be stated that so many names of Mother have different interpretations, to suit different fields of love, devotion, religious philosophy, Yoga , etc. Shringaara Rasa is another name of Anaahat centre and in the field of yoga, this name means “She that fully remains in that centre.”

In the body Mother is to be worshipped as residing in four places as under :-

1] Kaama-rupa-pitha-nilayaa as residing near the place of organ.

2] Oddyaana-pitha-nilayaa  , as residing in the navel.

3] Purnagiri-pitha-nilayaa , as residing in heart.

4] Jaalandhara-sthita-nilayaa, as residing in the throat.
Next we conceive of Mother as worshippable in different forms at different centers in our body already previously referred to.