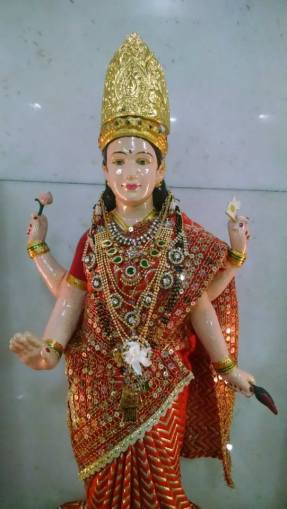 Vahnimandalaa lies in the Mulaadhaara Chakra. Vahni means three.She resides in the three circles of the moon, the sun and the fire in the Sahasraar, Anaahat and Mulaadhaar Chakras.

354) Pashupaash-vimochini पशुपाशविमोचिनी -Releasing the ignorant from bondage. ललिता सहस्रनाम स्तोत्र, नाम क्रमांक 354
Pashus ( lit. animals )  are those who simply eat, drink and enjoy themselves and who are devoid of the conviction and devoid of the knowledge about Mother’s existence, about the psychic Law of Desire, thought and action, or the Law of action and reaction, about immortality of the soul and about what leads to liberation, etc. Pashu also means Jiva in contrast to Pashu-pati which means Shiva, who is the liberator. Hence the pashus are those who are devoid of wisdom. They who have no sense to understand past, present or future, their own nature or the working of others and the universe in their true colors.
Paasha (Bondage): The inherent blindness, incapacity to rise above the uncontrollable thirst and hunger of one who thinks of eating, drinking and making merry only. Pashu is one who is tied down with Paasha ( noose ).
Paasha also means dice and the ” Pashupaashavimochini ” may be taken to mean “ She that relieves Her devotees from miseries, ” whenever they play foolishly in dice game of worldliness and entangle themselves.

355) Samhritaa-shesha-paashandaa संह्रताशेषपाषण्डा – Destroyer of all hypocrites, i.e., who are hostile to true religiosity and righteousness. Here She considers why the aspirant approaches Her ? Is he hypocrite ? ललिता सहस्रनाम स्तोत्र, नाम क्रमांक 355

While Mother has been simply described as the the giver of the results of good and bad actions, She has not been fully described. She is not merely dispensing out justice but more than that, without the erroneously supposed indifferences to the running of the universe, She is all seeing that the whole universe and individuals are finally going towards “good” . That is the main policy of the Mai Government of the universe.

If the working principal behind all arrangements is to be stated, it is what Mother wants every soul to realise after varied experiences, that nothing can make the individual happy except returning with self-surrender to Her.
If evil predominates, She sends forth great saints preachers, founders and Message bearers. For them, that are incorrigible by softer means of the said type, there are shocking remedies as well, such as wars, epidemics, floods ,earthquakes, volcanoes etc.Universal sins are dealt with universally, national ones nationally, social and individual ones individually.
It would be stunting the natural  growth of a child, not to allow it even to stumble, but the final protection is there. Mother is Sadaachaara-pravartikaa also in the sense, that in most cases whenever you are inclined to do evil, your conscience warns you.

(1) due to visible causes of this world, including other persons, beings, causes, and elements (Bhautik);
(2) due to the Law of action and reaction(Karma) and the dispensation by the deities in charge of justice and maintenance of equilibrium and regulators of the main incidents of one’s life(Diavik);
(3) impurity, sinfulness, ignorance, perverted intellect, etc., of the soul, by itself (Atmik);
Physical causes remaining the same, the miseries gets multiplied or reduced according as the stage which each soul has attained, and according as what one really is.

A Mai-ist should Concentrate his attention most on the point of what he is, subordinating the Considerations of what he has and what he does, to that of what he really is.

None will be tired of Her, and She is not tired of so much worry of the devotees, and the work of conducting the universe. Her play with devotees is above the influence of Time, insipidity, fatigue, tiresomeness or monotony.

Worshipped by ascetics or souls suffering from actual    calamities or burning in the triple fire of worldliness. Another meaning is that She is the only worshippable in the midst of the miseries of the world. Taapa means miseries  or fires, mainly stated to be three, as explained elsewhere. Saara means essence and Dhyaa means meditation.