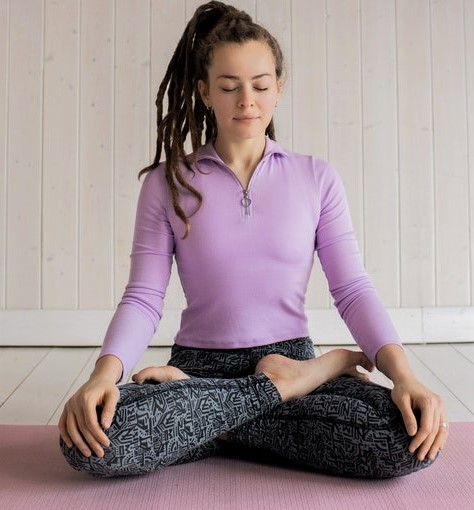 If you want real peace of mind, true understanding and overflows of devotion, confine your body in a particular place, your tongue in a mouth and your eye-pupils within their eye-lids, as far as you can. Then alone you can have an introspection, self-control and true understanding of Divine wisdom and supernatural powers to afford relief to others, as curing illnesses, etc.

The worldly man raises his cry, calling it impossible, but if he sympathizes with the said teaching, and decide to abide by it, he will find that he is gradually able to throw off more than three fourth of the mental and physical burden he is daily carrying.

That is the first lesson which Mai Swarupa gives to them that come to him. First, create the amplest leisure of time by withdrawing yourself from so many useless physical and mental activities. Next, preserve your sexual energy. Third thing, see that you establish a saintly contact. Contact with God and Guru. If nothing can be done, see that you are for the maximum hours in a  day, in presence of one superior to you in any realm, religious, social or even a professional. What pinches a man in carrying out this rule is that in contact with his inferiors, he is a master and worshipped whereas with superiors, he has to be a servant and a worshipper.

The Founder says, “As a matter of fact, the attainment of true religiosity is based on just the contradictory qualities for a truly worldly man, and therefore it is, that nothing higher than a mere hypo-critic pretended religiosity is only possible. “Humanity, gratefulness, forgiving, pleasure of giving, truthfulness, mercifulness, etc. – these are the very first foundations of true Religiosity.

How can an average modern  man, with swollen headedness that values his ” I ”  at a hundredfold value  of its real worth, with a selfishness that requires the whole circle of people around him to serve him, with a greed and hard heartlessness  of snatching away the last thing he can from others, with an ungratefulness resulting from ” whatever is done for him is  much less”,  with a perverted mind with boasts of its intellect of befooling  others with false stories  and pretexts, and which his ” Self ” too great for ant the smallest offence (?)to be forgiven, master even the first lessons of true religiosity ??

That lot is alright for being stamped as ” Religious “, on their doing some external things or pleasing some of its certifiers. The initiate’s outlook has first to be changed and his delusion and wrong values, his perversions, false definitions, have to be effaced and wiped out. First thing is, you must have a conviction, you are on wrong and defective lines or there is a need for improvement. Then alone can come the thinking out of a remedy, then, an application and an effort and repetition of effort, and then alone the mending matters and then success.

~ Extract from the book: MAI-ISM