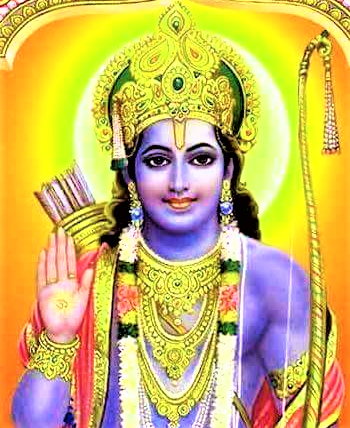 LALITHA SAHASRANAM MAI SAHASRANAM
711) Saadhu  साधु – She that helps Her devotees to lead the life of saintliness.ललिता सहस्रनाम स्तोत्र, नाम क्रमांक 711
After attainment of purity, one has not to hurry himself in a secluded corner, thinking of his own salvation but to spread saintliness by living example of one’s self. Saadhu means ” well done.

This word conveys universality. Mother is not simply Guru-murti but Guru-mandala-rupini as well. The evil of well-froggism that follows as result of considering Guru as God is here warned against.She is the collection of all the Gurus. It is foolish to consider that one’s own Guru is  a diamond and those of others are stones.

In the matter of one’s own Guru, religion and worshipped God aspect, the understanding  must be very subtle. The advantage of concentration on one’s own select should not be lost on one hand and there should not be well froggism on the other. This is a difficult  position which few are able to achieve. You must be devoted to your own and yet revere others . It is foolish to wipe out distinctions and yet it is necessary to broaden the outlook. To say, “everything is same ” is talk of a fool who is simply a talker or one who is too much afraid least a quarrel or some bitterness may ensue.

To give an idea of routine life, it should be just as in a joint family of an old papa with several sons . Each of the sons’ wives acts equally well to all the sons in all matters except one, viz., the matrimonial heart to heart relation. So a devotee has to behave with respect to his own God and Guru and those of others. All are the shareres of the whole property but the master of oneself, one’s heart and one’s love in One alone.

715) Bhagaaraadhyaa भगाराध्या – She that is worshipped through the Sun. ललिता सहस्रनाम स्तोत्र, नाम क्रमांक 715
The next common form of worship through the Sun by Gaayatri गायत्री which is considered to be the highest Mantra for granting purity, true knowledge and miraculous powers.
716)Maayaa माया – Illusion-creator. ललिता सहस्रनाम स्तोत्र, नाम क्रमांक 716
The energy which obscures what is plain. She causes marvellous actions, producing unheard of results, like dreams, miracles or juggleries. At one moment the universe looks flooded, at another it appears desert-like dry. Once the moon is bright Full Moon, next the same is dark New Moon. The destroyer becomes inits turn again the destroyed.This is the Maayaa of the universe. Maayaa of humanity is previously explained. Mother is Mahaa Maayaa, i.e., juggler even to Maayaa, in the matter of Her devotees. This has been explained. Maayaa tries to delude the devotees, but Mother deludes Maayaa, making Her think, that She would be successful,but, in the end Maayaa a humiliating defeat.

717) Madhumati मधुमती – Honey or Mead-like. ललिता सहस्रनाम स्तोत्र, नाम क्रमांक 717
Mother gives to Her devotees, the sweetness of honey. They become themselves honey-like for others and enjoy the highest honey themselves. The relation between the devotees and universe will be that of  giving and taking of honey and the relation between the devotee and Mother Herself will be that of mead-drunken madness.

Because he had dispensed with all accessories of worship and rituals.

When other thinks he is playing and enjoying, he may be actually worshipping Mother internally. If devotion is ripened to Love, that love will always proceeded with and developed and enjoyed most secretly, with entirely different appearances and even apparent disregard for Mother and Mother worship.

And Mother’s greatest joy lies in the senior brother’s holding the hand of the junior brother and leading him into light, to peacefulness from tempestuousness

Ruler of all the success and master of the secrets of scriptures dealing with the practices and paths of devotion.

Dakshinaamurti दक्षिणामूर्ति  is the name given to Shiva to commemorate the most wonderful teaching He gave to Brahmaaब्रहमा , Naaraayan नारायण , Sanak सनक , Sanaatan सनातन and others while sitting with face southward. It is the most well-known Stotra स्तोत्र. The marvelousness about it was that the divine knowledge was given without a single word in the most through manner which dispelled all doubts about the most knotty problems of universe, soul and God and where the disciples(Shishyaasशिष्य) were the oldest universally worshipped wisest beings and the Master(Guru) was an extremely handsome young being.
This name suggests the idea that this knowledge was so wonderfully given, because it was Mother who did the work in the form of Shiva शिव as Dakshinaa-Murti दक्षिणामूर्ति .
This is a unique case where the supremely divine knowledge was given not through the tongue, not through touch, not through glance exchange, not through presence, but through of Mother. I say “not through presence,” because Mother was not present as Mother.  This is an instance of the highest type of Mother’s Grace. Grace suggests the idea of  its not depending on the worthiness of the person whom the Grace is showered but resulting from the greatness of the Gracious.

The bliss that the devotees and the whole humanity enjoys is but an infinitesimal part of this bliss. ललितासहस्रनामस्तोत्र,नाम क्रमांक 729

Love is mighty, mysterious, most popular and yet most misunderstood word. Through over cautiousness about the abuse, this word has been extremely seldom used by writers of Hindu Scriptures.

Mother’s Universal Religion says “Love All”.  Leave off every thing. Practise this and this alone, ” Serve All” is only an amplification of Love. Automatically godliness will dawn. Then begin loving God as well. Sacrifice and Cheerful Unconditional Self surrender are also mere amplifications of Love.

Sublimation of Love secures a salvation.